The trees are dazzling us with their beautiful show of colours, and you’re donning your favourite cozy sweater while sipping on some pumpkin spice latte (or some hot chocolate if you’re not in the pumpkin spice fan club). The only thing missing is a great book! Here are 12 fiction books to keep you entertained and transport you to other worlds this fall and winter. We all need a little reprieve from our lives sometimes — why not escape into a great new book? 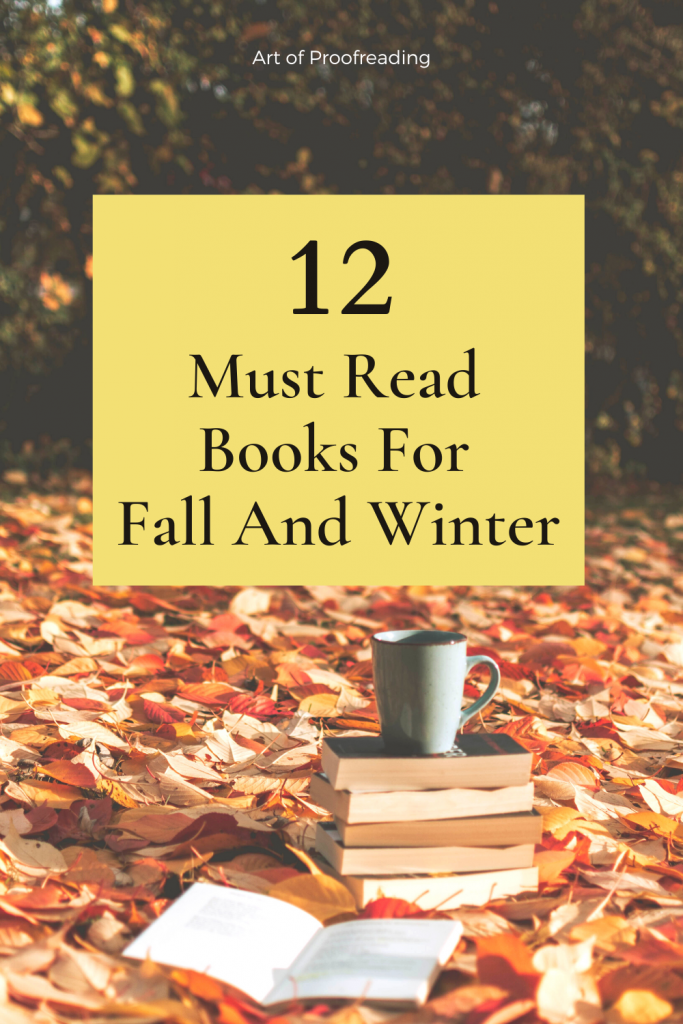 There’s something about the word “gothic” that always grabs my attention! Mexican Gothic by New York Times-bestselling author Silvia Moreno-Garcia also sparked the interest of talk show host Kelly Ripa and her husband Mark Consuelos, who are developing the book into a limited-run series on Hulu. Set in the 1950s, the story follows Noemí to the Mexican countryside to a home called High Place. She heads to the mysterious home after receiving a letter from her newly married cousin desperately asking Noemí to rescue her from the home. But the secrets and history of High Place may be too much for even Noemí to escape from.

2. The Invisible Life of Addie LaRue by V.E. Schwab

Fantasy writer V.E. Schwab brings readers another captivating story in The Invisible Life of Addie LaRue. In a desperate attempt to get herself out of her impending marriage, Addie LaRue makes a deal with the god of darkness. In exchange for her immortality and freedom from ever having to belong to someone, she gives up her soul. For centuries she goes unknown, living a solitary life, until 300 years later when she meets a man who recognizes her name. Join Addie LaRue in her adventures through time as she learns the price of playing with darkness.

3. Punching the Air by Ibi Zoboi and Yusef Salaam

The powerful cover of this YA novel and the name of Yusef Salaam of the Exonerated Five had me instantly reaching for this book. Salaam was one of the five teenagers accused in 1989 of raping a 28-year-old jogger in Central Park. 12 years after that horrible attack, all five were exonerated. In Punching the Air, Salaam along with award-winning writer Ibi Zoboi, tell the story of 16-year-old Amal, who is wrongfully imprisoned after an altercation. While this emotionally gripping story, written in verse, is not Salaam’s story, the character was inspired by him and his struggles to maintain hope, and to fight for his freedom.

4. Indians on Vacation by Thomas King

From the bestselling author of The Inconvenient Indian comes the witty Indians on Vacation. Thomas King’s latest novel, longlisted for the 2020 Scotiabank Giller Prize, follows Mimi and Bird as they travel through Europe after coming across old postcards sent by Mimi’s Uncle Leroy almost a century ago. While we go on this journey with Mimi and Bird, tracing her uncle’s steps through Europe and discovering where he took a bundle of family medicine, we are given a window into their complicated and challenging relationship. Their story is interwined with humour, love and sadness.

5. The Midnight Library by Matt Haig

Imagine you had the chance to see how your life would have turned out if you made other choices? Would you want to know? Would you change your life for a new one? The Midnight Library is Matt Haig’s intriguing new novel about a library with an endless number of books all containing possible new realities, or lives that could be lived or have been lived. Nora Seed has been struggling with depression and as she decides to take her own life, and is taking what could be her last breaths, the clock reaches midnight and she is transported to this new parallel universe to the Midnight Library. She faces the decision of choosing a new life or sticking with the one she’s lived. The Midnight Library touches on the triumphs and pains of life, and our wish to possibly go back in time and change things. It is written with empathy and shows us what is most important in life.

6. The Last Story of Mina Lee by Nancy Jooyoun Kim

The Last Story of Mina Lee is Nancy Jooyoun Kim’s moving debut novel about an immigrant mother and her American-born daughter, who painfully struggle their entire lives to understand each other. Margot Lee decides to take a trip to L.A. to visit her mom after a long period of not seeing each other. When she arrives, she finds her mom dead in her apartment. Margot digs through her mother, Mina’s, past and unravels secrets, and soon begins to realize her mom’s death may not have happened through natural causes. The story is told through alternating perspectives, and Mina and Margot’s experiences and challenges to belong in America, are interwoven in this beautifully written novel.

7. Ties That Tether by Jane Igharo

How do you make the choice between love and family? In Jane Igharo’s debut novel, Ties That Tether, Nigerian-born Azere faces this enormous dilemma. She made a promise to her dying father when she was 12 years old to preserve their culture and marry a Nigerian man. And her mom is determined to help her keep that promise, even after they’ve immigrated to Canada. Azere goes on date after date, but never finds love until she has a one-night stand that quickly grows into a more serious relationship. But Rafael is white, and Azere fears her mom will not approve. Ties that Tether puts a spotlight on the dynamics of family relationships, the desire to preserve and take pride in your heritage, and the worry of disappointing your family by choosing a different path.

Eartheater was first published in Spanish as Cometierra, and is the debut novel by teacher, feminist and activist Dolores Reyes. The book is dedicated to women in Argentina, and women who have faced the horrors of femicide. Eartheater is the story of a young woman who has a compulsion to eat earth. The earth she ingests brings on horrific visions of missing and murdered people. After her first experience of eating earth, this unnamed young woman has the disturbing vision of her mother’s death. She tries to keep her visions and newfound skill from others, but her secret soon comes out, and people start to come to her desperately searching for help with finding their loved ones. It’s a haunting story that touches on the themes of trauma, violence, abuse and the brutality that many women face daily.

Plain Bad Heroines is award-winning author Emily M. Danforth’s highly anticipated sophomore novel, which reads like a story within a story. The horror-comedy starts in the early 1900s at an all-girl boarding school named Brookhants, which is the location of a string of deaths. The first deaths were of two young girls, who were obsessed with each other and a scandalous memoir that inspired them to create the Plain Bad Heroines Society. They begin to meet secretly, but their secret meeting place ultimately becomes their last meeting place as they are found dead after a swarm of wasps attacked them. The school is eventually closed but a century later, a book is written and is turned into a movie about the school’s cursed history. The cast of the movie quickly get entangled in the past, and it becomes difficult to know what is fiction and what is real.

10. The Searcher by Tana French

The Searcher is a tale of suspense by American-Irish crime novelist Tana French, follows retired cop Cal Hooper to an Irish village, where he hopes to build a new life after his divorce and after 25 years on the Chicago police force. But his break from investigating crimes is short-lived when a local kid convinces him to help him find his missing brother. This slow-burner read masterfully brings the people and this remote Irish village to life as the secrets begin to unfold.

11. A Long Petal of the Sea by Isabel Allende

A Long Petal of the Sea, is the latest epic historical fiction by Isabel Allende is a story of war, love, hope, and a desire to find a safe place to call home. It begins in the late 1930s, and takes readers through the bloody period of history that was the Spanish Civil War. It follows Victor and Roser, who fight on the Republican side against General Franco, and whose lives are intertwined as they flee Spain, and eventually arrive in Chile with the help of Chilean poet Pablo Neruda. Each chapter begins with some of Neruda’s beautiful words and poetry. A Long Petal of the Sea is a book about strength and survival and most of all love, where real events are beautifully combined with fictional characters to create a gripping historical novel.

12. The Once and Future Witches by Alix E. Harrow

If you like epic, lengthy reads and historical fantasy, The Once and Future Witches is the book for you! This page-turning book immerses you in the lives of the Eastwood sisters, as the story is told from each of their perspectives. The sisters, who have not seen each other in seven years, join the suffragette movement in New Salem, and in turn start a movement to bring back witchcraft. They use their magic to wage war on oppression and fight for the rights of women and witches alike, and fight those who want to stamp out magic. The Once and Future Witches is an enchanting book about empowerment and women who carve their own paths!

Art of Proofreading is a participant in the Amazon Services LLC Associates Program, an affiliate advertising program designed to provide a means for sites to earn advertising fees by advertising and linking to amazon.com. If you choose to purchase through the links provided, you will not be charged any extra fees. You can read my disclaimer for more info.

Tips For Working From Home As A Proofreader Or Copy Editor, Plus A Free Masterclass
March 29, 2019

How To Find More Time In Your Day So You Can Accomplish Your Goals
May 3, 2018

How To Attract Freelance Clients
April 11, 2018 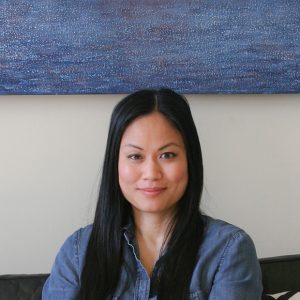 I'm an editor who teaches people how to proofread and copyedit. Let's do something with your love of words! 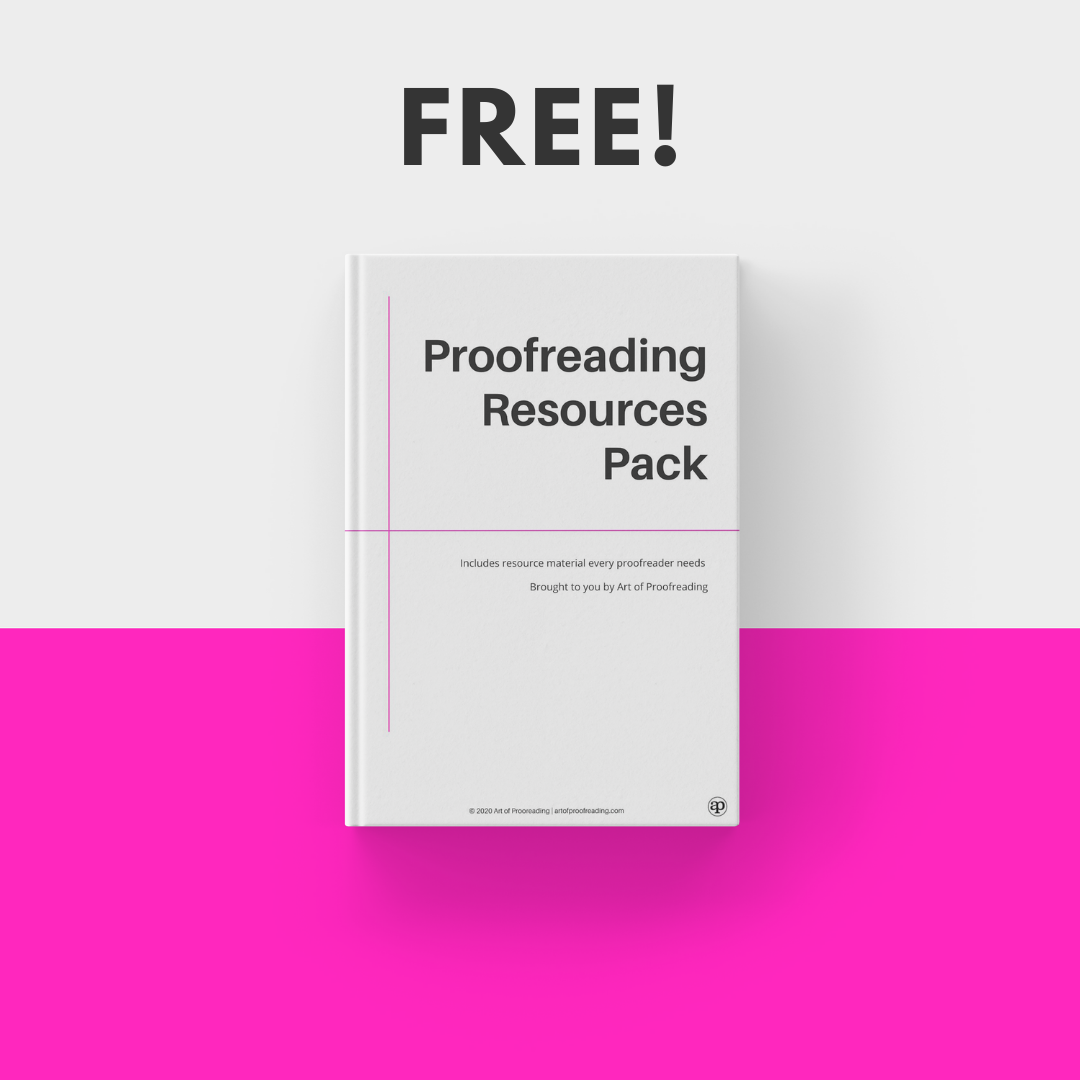 Must-haves for every proofreader & copy editor!